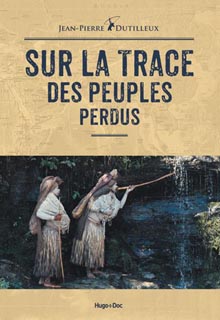 Jean-Pierre Dutilleux takes us with him to meet the most isolated ethnic groups of our planet, on five continents.

This story includes 40 years of adventure and commitment : that of a director who has dedicated his life to meet and defense last First Peoples.

Jean-Pierre Dutilleux hand on the track of these people lost through deserts of Madagascar and East Africa, through the peaks of New Guinea, to the depths of the Amazon.

In human civilization dating adventures, the reader is drawn into a journey of initiation. This book is full of anecdotes about the most extraordinary adventures that Jean-Pierre Dutilleux has experienced, filmed and photographed in twenty tribes, among most isolated, most mysterious in the world. A world apart. Often with humor, he reveals his most striking memories, things learned, moments of intense emotion, suffering, defeat the few victories.